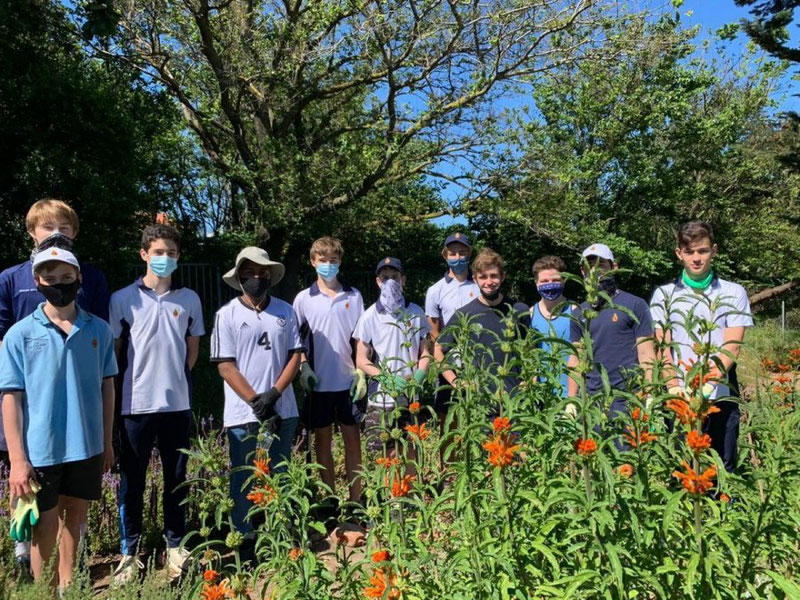 This area is known as the &quot;Sun Path&quot;, set up by the Friends of the Rosebank and Mowbray Green Belt (FROG). It is a beautiful stretch along the Liesbeek, providing a fantastic piece of indigenous vegetation in a formerly grassy and underused path. <br />
<br />
DETAILS FROM FROG:<br />
<br />
Work parties on the first Saturday morning of every month, which is usually cleaning up along the river, or weeding and tending the area we&#039;ve planted up along the &quot;Sun Path&quot;, along the canal between Gordon&#039;s Gym and KayDee Educare Centre. The planting replaces the grass which used to grow in that section, and consists of colourful, drought-hardy,mostly indigenous plants, as well as vegetables, which are there for the benefit of the community - anyone is welcome to take what they need. The Sun Path itself was laid with ward allocation funding from the City, at the request of FROG. We set up a row of compost bins outside the back wall of KayDee&#039;s to collect leaf litter in the neigbourhood. A Spring Market was held one year on the Village Green, with community members selling produce they had made themselves.

provides an overview of this location, including nearby features and corridor building opportunities