This is a description of our private garden. Most of our fynbos grows in our front garden in a 4mx4m north-facing section with a central seasonal sandstone seepage/depression, surrounded by raised beds constructed from local sandstone. Within these beds are various indigenous succulents and fynbos species, many of them that were historically present in Southfield/Plumstead (I have researched the Bolus Herbarium, iNaturalist and Kew Gardens' online archive for this, as well as various books and the knowledge of professionals I have met online and in person at restoration and conservation events). Also, because we're close to where the Strandveld Fynbos starts (on the southern side of Princessvlei) we have a split of Strandveld Fynbos and Cape Flats Sand Fynbos. Our garden is close to Princessvlei, the Diep River and the Royal Cape Golf Course (where a large colony of Western Leopard Toads is located).

I have a small potted indigenous succulent garden as well as many other planted and potted seedlings of other fynbos species from around the Western Cape. We don't rake up leaves in our garden, and try and keep as much mulch around the roots of our trees as we can. Because planting fynbos is quite a new direction in our garden, many of these plants listed are only a year or two old and haven't matured yet.

We've had a Strelitzia nicolai and a Yucca removed in the front garden (a mulberry, potato bush and ficus benjamin still remain). In the back garden we still have a massive Yucca alongside a cypress, loquat, potato bush, New Zealand laurel, acanthuses, Indian hawthorn and bougainvilleas. I removed two Cestrum laevigatums and a few other smaller invasives. Our maintenance focusses on the removal of different invasive grasses and insects (particularly weevils) and providing space for indigenous insects, grasses and sedges to flourish.

Mousebirds, Southern Double-collared Sunbirds, and Laughing Doves all nest in our garden. Other fauna that call our garden home, is a small colony of Cape dwarf chameleons, legless skinks, a house snake, click frogs and another pair of frogs that have been heard, but not seen. 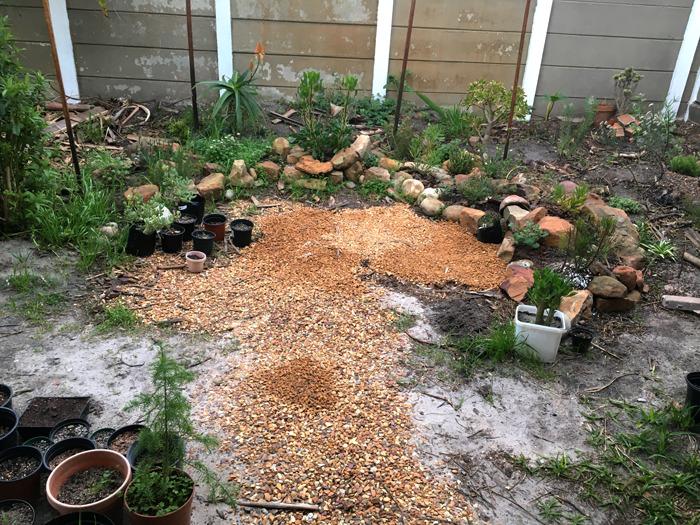 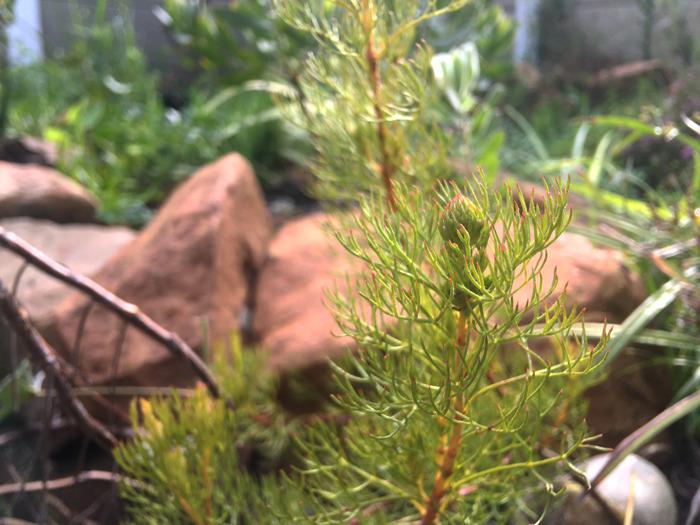 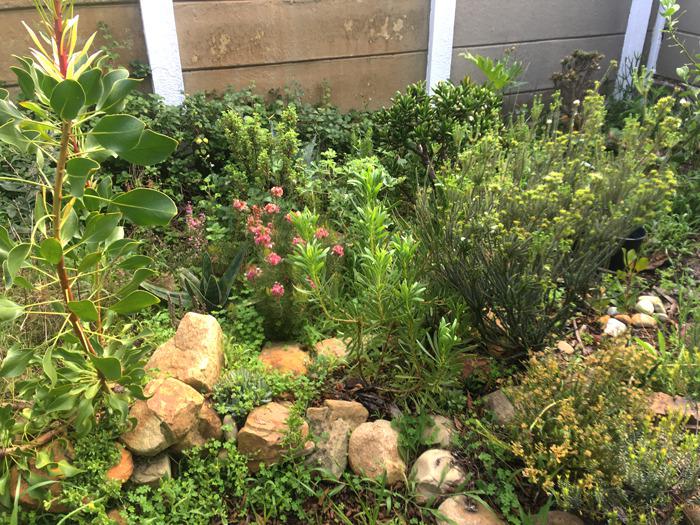 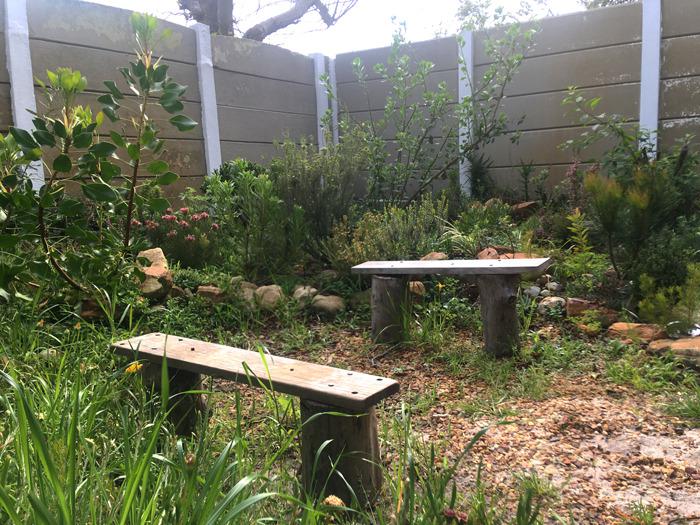 provides an overview of this location, including nearby features and corridor building opportunities